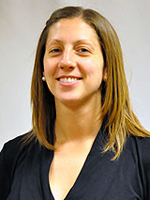 Carissa Sain Knoche starts her seventh year as Head Women's Basketball Coach in 2018-19. She was officially named head coach in April 2013 after finishing her first campaign as the Acting Head Coach at the University of Chicago in 2012-13. She previously served as assistant coach for four seasons.

During her time with the Maroons, she has helped guide the Maroons to a 187-75 record overall, five NCAA tournament appearances, and three undefeated University Athletic Association (UAA) titles. She has coached players who have garnered 11 All-American honors (WBCA, D3Hoops, DIII News), the 2012 Jostens Trophy Award winner (Taylor Simpson), and 40 All-UAA players, including two UAA Players of the Year (Taylor Simpson and Morgan Herrick).

UChicago's 2017-18 season featured a 24-3 overall record and a perfect 14-0 record in the UAA. The Maroons reeled off the second-longest winning streak in program history with 22-straight and reached the second round of the NCAA tournament. UChicago was picked as UAA Coaching Staff of the Year for the third time in four years, and Sain Knoche was selected as the D3hoops.com Central Region Coach of the Year for the second year in-a-row. The Maroons set new school records for steals (350), field goals attempted (1,784) and free throws attempted (617). In the national stat rankings, the Maroons were 12th in free throws made (430), 15th in scoring (77.3 PPG), 19th in free throw attempts (617), 19th in turnover margin (+7.63), 24th in scoring margin (+16.9 PPG) and 27th in steals (13.0 SPG).

The 2016-17 Maroons went 19-8 and reached the second round of the NCAA postseason. Sain Knoche reeled in UAA Coaching Staff of the Year and was also selected as the D3hoops.com Central Region Coach of the Year. Miranda Burt was named the UAA Rookie of the Year and the D3hoops.com Central Region Rookie of the Year. UChicago set school records for steals in a season (340), field goal attempts in a season (1,730), points in a game (113) and three-pointers in a game (15).

In 2015-16, UChicago finished with a 16-9 record, and Olariche Obi was named the fourth UAA Rookie of the Year in program history.

In 2014-15, the Maroons were UAA champions with a 12-2 conference mark. Sain Knoche and her assistants were named UAA Coaching Staff of the Year. UChicago won 12-straight games during the conference season and finished with an 18-7 overall record.

Sain Knoche has spent the last 18 years in the UAA. Her first eight years were spent at Carnegie Mellon University as a player (2000-05) and an assistant coach (2005-08). As a player, she was a four-year starter, a three-time All-UAA pick and finished her career as CMU's sixth-leading all-time scorer with 1,189 points. She also set CMU marks for most 3-point field goals in a career (175) and season (54).

Sain Knoche holds a bachelor's degree in chemical engineering from Carnegie Mellon and a master's degree in exercise physiology with a focus on performance enhancement and injury prevention from California University of Pennsylvania. She is certified by the National Academy of Sports Medicine as a Performance Enhancement Specialist and is a member of the National Strength and Conditioning Association. She also graduated from the first Gambetta Athletic Improvement Network (GAIN) Apprentorship in 2008. Sain Knoche serves as a Strength and Conditioning coach for Athletics at UChicago. 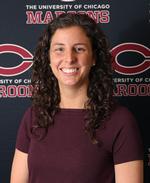 Michelle Bilek was hired as a full-time assistant women's basketball coach for UChicago in May 2018.

Bilek brings familiarity with the University Athletic Association (UAA). She arrives at UChicago after spending the 2017-18 season as an assistant coach at fellow conference school New York University. This past season, the Violets posted an 18-11 overall record. Bilek also coached and mentored All-American guard Kaitlyn Read, who was picked as the Jostens Trophy winner as well as the UAA Player of the Year.

Prior to her experience at NYU, Bilek served as the Director of Basketball Operations at Columbia University from 2013-17. Her wide breadth of responsibilities included travel arrangements, team equipment, budgeting, academic liaison, community service, summer camps, filming and special events.

As a collegian, Bilek played four years of basketball for Illinois Wesleyan University. She was part of the Titans squad that reached the NCAA Final Four in 2011 and won the NCAA Division III national championship in 2012. She was picked as a team captain in her senior season.

Bilek graduated from IWU in 2013 with a bachelor's degree in interdisciplinary education – child and family studies. 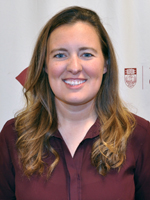 Morgan Hughes starts her fourth season with UChicago women's basketball as an assistant coach in 2017-18.

The 2016-17 Maroons posted a 19-8 overall record and reached the second round of the NCAA postseason. UChicago received UAA Coaching Staff of the Year honor.

In 2014-15, the Maroons were UAA champions with a 12-2 conference mark. Head Coach Carissa Sain Knoche and her assistants were named UAA Coaching Staff of the Year.

Hughes spent 11 years at Hope College as both a player and a coach. In that time, the Flying Dutch won more than 20 games in 11-consecutive seasons with a 299-29 record, claimed eight Michigan Intercollegiate Athletic Association (MIAA) titles, competed eight times in the NCAA tournament, made five NCAA Elite Eight appearances and two Final Four appearances, and won the Division III National Championship in 2006. 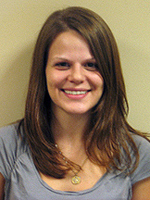 One of the top backcourt performers in UChicago women's basketball history, Korry Schwanz returns for her 11th season as an assistant coach in 2017-18.

Schwanz has helped the Maroons produce a 185-78 mark with five NCAA postseason appearances and a trio of University Athletic Association titles during her 10-year tenure as an assistant coach.

A four-time All-UAA pick from 2003-07, Schwanz finished her career as the third-leading scorer (1,226 points) in UChicago history. In 2006-07, Schwanz was the most accurate free throw shooter in NCAA Division III (93.2 percent). She was inducted into the UChicago Athletics Hall of Fame in October 2014.

B.J. Dieterich is in his sixth year as an assistant women's basketball coach at University of Chicago staff in 2017-18.

The 2016-17 Maroons posted a 19-8 overall record and reached the second round of the NCAA postseason. UChicago received UAA Coaching Staff of the Year honor.

In 2014-15, the Maroons were UAA champions with a 12-2 conference mark. Head Coach Carissa Sain Knoche and her assistants were named UAA Coaching Staff of the Year.